Thyristors are arguably the most rugged power semiconductor devices. They are capable of conducting currents as high as tens of kiloamperes while blocking voltages as high as several kilovolts. These robust characteristics makes them an attractive choice in grid-level applications where such high-voltage high-current features are vital. Although they became commercially available in 1950s by GE, it was not until 1970s that they were first used in a line-commutated high voltage direct current converter (LCC-HVDC) in Canada to replace thyratron valves. In addition to improved efficiency, a key feature which makes them attractive for HVDC is the excellent robustness under high surge currents.

The devices used in LCC-HVDC applications typically utilize the entire width of a silicon wafer with diameters up to 6-inch. Nevertheless, there are recent applications, such as grid connection of offshore wind farms, where LCC-HVDC systems cannot be used due to limitations such as inability to operate at weak AC systems. Development of voltage source converters (VSC-HVDC) with hundreds of self-commutated insulated gate bipolar transistors (IGBTs) and capacitors connected in series in early 2000s provided an alternative choice. It is now anticipated that up to fifty percent of future HVDC projects will be developed by the VSC technology. 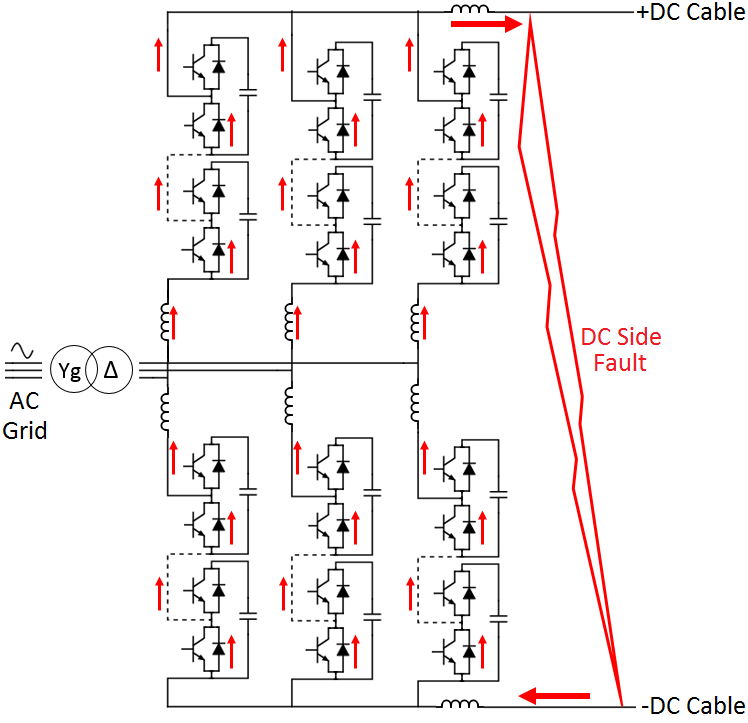 However, despite all the advantages of VSC-HVDC, the use of IGBTs instead of thyristors subjects the converter to higher risk of cascaded failure in case of over-current transients. Therefore, it is vital to ensure that adequate protection is implemented to avoid catastrophic consequences. To this end, alternative topologies are developed to tackle this shortcoming while DC circuit breakers are also proposed to isolate DC fault. In short, none of these solutions are presently adequately mature. So, parallel thyristors, including press-pack silicon thyristors are currently required to bypass the surge transients from the IGBT/diode pairs, i.e. in the event of a pole-to-pole DC fault on the DC cables. This is currently the most practical protection method despite the additional costs imposed by hundreds of additional thyristors. Operation of silicon thyristors may also result in excessive electro-thermal stress with potential risk of widespread thyristor failures.

To understand the complete scope of improvements offered by 4H-SiC thyristors as fault bypass switches in HB-MMC voltage units, accurate modelings have been performed. This was undertaken in the MATLAB blockset of PLECS by PLEXIM, a professional power electronics design tool. Five voltage units are connected in series with each other with a current source acting as the source of fault. Each capacitor in the model is 5 mF and charged with 3 kV. The capacitor voltages are used in the VSC converter to build the full line-to-line DC voltage. At the point of fault, due to the short-circuit on the DC cable, the line-to-line DC voltage drops and is assumed to reach half of the normal operation voltage. Therefore, at point of fault the five voltage units block only 7.5 kV instead of 15 kV. The characteristics of the IGBT and diodes are similar to typical rated commercial devices and are the same in these simulations.

As shown here, the peak of fault current on the AC supply side. The peak of fault current is 4 kA while the dIF/dt at turn-off is 20 A/µs. Fault currents may have even more onerous characteristics depending on the fault impedance, with peaks in range of tens of kA with durations as high as hundreds of milliseconds. A comparison of the reverse recovery current of the silicon and SiC thyristors upon turn-off is also shown. As indicated, the SiC thyristor shows almost no reverse recovery while the silicon thyristor shows a significant revere recovery current as indicated by variation of stored charge by 20%. This variation in charge can become a potential source of failure. This suggests SiC thyristors have a good potential to protect the offshore transmission systems without DC voltage stress failures.

This blog was written by Dr Saeed Jahdi, Lecturer in Power Electronics
from the University of Bristol.

Saeed was successful in securing funding through the Supergen ORE Hub Early Career Researcher Research Funding with an aim to build an entry-level lab-scale 5 kV DBS switch with WBG devices.

You can read more about Saeed's project and access resources on the project webpage. 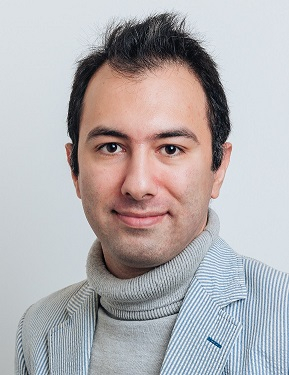